Both musical experts in their own right, brothers Brandon and Doug Oberhamer have come together to create their debut smooth jazz masterpiece, Together Again!

Saxophonist Brandon is a big band leader, instructor and freelancer in Calgary, Alberta. Multi-instrumentalist Doug is a Musical Director on Broadway in New York City. You can hear his stylings on Flugelhorn, piano, guitar and drums/keys tracking.

Growing up in a musical family and with a Father who was a band teacher, Brandon began playing Saxophone at the age of 8 and within months was playing in his Dads Senior concert band. Saxophone soon became a major part of who he is. By Grade Five he started playing Clarinet as well and continued his musical development becoming a soloist in many concerts. By Grade 9 he began learning Flute adding to his doubling ability. While in High School Brandon performed at the Opening and Closing ceremonies of the Alberta Summer Games and was selected to play with the Alberta Honor Band at the Alberta Band Association Convention.

Upon High School Graduation, Brandon attended the University of Calgary to study Saxophone with Dr. Jeremy Brown. While attending he performed in the University wind ensemble, Red Band Jazz Band and the Super Sax Group Saxophonee.

Brandon also became involved with the Calgary music scene performing with the Calgary Philharmonic Orchestra, Wednesday Night Big Band, and the Prime Time Big Bands. During these years he began doing numerous Saxophone, Flute and Clarinet clinics for Junior and Senior High Schools and taught private lessons a the Bearspaw School of Fine Arts and his own studio. After receiving his Bachelor of Music Brandon became a sought after private teacher, clinician, and performer in Southern Alberta. During the 1990s Brandon did several contracts with Royal Caribbean Cruise lines and Norwegian Cruise lines performing with the Show Bands and Jazz Combos. Over the past 25 years he has also performed with several Local Bands including Hot Cargo, 20/20, TR3, The Calgary Jazz Orchestra, and Urban Divide. He has also performed in the New York Musical Theatre Festival on Broadway Playing the Woodwind Chair for What Do Critics Know? in 2015. Brandon is currently the Director of the Fox Big Band.

For the Past ten years Brandon has been the Jazz Director at St. Francis High School in Calgary, AB. He also has been the Director of the Calgary Summer Jazz Camp for the last 8 years.

Brandon Oberhamer has performed in virtually every type of setting and has now released two albums, one of sacred Hymns entitled Beautiful Savior and of classic Christmas Carols Christmas Peace with Pianist Marvin Goldstein.

Original shows/projects: What Do Critics Know?, My Vaudeville Man, DoubleTime, Wandas World, I Got Fired, Flight of the Lawnchair Man).

Music Director and Music Supervisor of the Warner Bros./Chinese Production of Reel to Real – a multimedia show fusing live performance with film clips from Golden Age Movie Musicals. Doug composed a large section of the show for the Chinese production (Monumental Journey, Passage through the Abyss and Mystique of the Great Wall).

Music Producing: DoubleTime with Nile Rodgers, My Vaudeville Man, The A**hole in my Head and Top Drawer. He also produces pop/rock songs with various singer/songwriters, records professional mp3s for audition and agent submissions as well as voice-over demos. 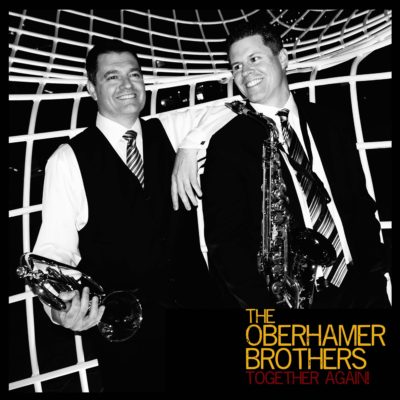