Sheldon Zandboer is a native of Edmonton, Alberta, and began studying classical piano at the age of four. He studied for 16 years with Gloria Saarinen, Charles Foreman, and Marilyn Engles. He was awarded 1st Prize, three years in a row in the ‘Open Jazz’ category at the Calgary Kiwanis Music Festival. Sheldon first established his musical reputation as a talent into Calgary by working on live to air TV shows with the CBC and CFCN, leading a jazz trio, and also as a multi-keyboardist with the Calgary Stampede “Young Canadians” while still in his teens.

Sheldon studied Music Performance/Composition at the University of Calgary before moving to Toronto to study at the highly acclaimed Humber College in the Applied Arts Jazz Program. The city of Toronto allowed his capricious musical talent to flourish and expand, where he enjoyed all kinds of performing opportunities. He played in studios, casinos, circuses, jazz clubs and festivals, theatres, dance clubs, cruise-ships, the National Ballet, and freelancing as a professional. Sheldon has performed all across Canada as well as Atlantic City, London (UK), Paris, Athens, Amsterdam, Brussels, and many other venues throughout Europe. He has shared his talents with Her Majesty Queen Elizabeth and the Royal Family a number of times; every Prime Minister since Brian Mulroney; Rudy Giuliani; the past three Governor Generals of Canada; NATO delegates in Brussels; Alan Greenspan; Dick Cheney and the last G8 summit in Calgary.

Sheldon returned to Calgary in 1988 to arrange, compose, perform, and assume position of Music Director for the first Decidedly Jazz Production of “Dancers & Other Musical Instruments”. Sheldon formed the band “the Soul Providers” that performed as a house band at the Cannery Row nightclub for 5 straight years. In 1989, he took an 8-year contract with the Department of National Defense to provide his musical expertise as staff arranger, keyboardist, and singer. He was also one of three keyboard players to tour with the Canadian Mirvish Production of The Who’s “Tommy” in 1996. Some other professional shows of note include Bye Bye Birdie, Putnam County Spelling Bee, Rough Crossing, Mama Mia, Falsetto’s, Leader of the Pack, Seussical, Wicked, Hairspray, Victor Victoria, Little Shop Of Horrors, Full Monty, Nightmare before Christmas, Dream Girls and Video Games Live.

In 1998, he co-created and directed the band “YoMoZo.” The band provided the music for the “Eddies” award show less than 3 months after it was formed. Also in 1998, Sheldon composed the music for the movie “Bellyboat Hustle” with colleague Dewi Wood. The movie debuted at the Toronto International Film Festival and it is a frequently aired film on BRAVO Channel. The movie was then forwarded over to the “Dance on Camera Festival 1998” at the Lincoln Center, and continues to be shown at The Museum of Modern Art in Manhattan.

In 1999 Sheldon was Music Director for the “Women of Distinction” award show as well as accepting the coveted position of jazz piano/arranging instructor on the faculty of jazz at Mount Royal University until the conclusion of the program in 2013.

In May 2005 and 2006, One Yellow Rabbit Theatre Company hired Sheldon as Music Director for their very popular Big Rock Eddies productions.

Sheldon has also teamed up with acclaimed vocalist Johanna Sillanpaa, for the release of her 2005 pop album “Good Life”. Sheldon co-wrote half the material, and their songs still get airplay. He also wrote with Willow Brocke, who released an album in late 2008.

When well-known acts come through Calgary, Sheldon is consistently called upon to perform with them. He has played with jazz artists such as: Holly Cole, Sam Noto, Guido Basso, PJ Perry, Campbell Ryga, Kirk McDonald, Del Dako, Bobby Shew, Lee Konitz, Vern Dorge, Madeleine Eastman, and Phil Nimmons. He has also performed with pop artists such as: Michael Burgess (Le Miserables, Phantom of the Opera), the Canadian Tenors, and served as Music Director for Bob Newhart show at the Jubilee Auditorium.

In 2010, Sheldon performed at the Winter Olympic Villages for the athletes in Vancouver. He was nominated for an Alberta Motion Picture Industry Association award for best live soundtrack for “Spring Swing Fling” written and directed by Sandra Sawatski. It’s a short dance film shown at the Dance on Camera Festival at the Lincoln Center Plaza in New York.

Sheldon is currently working as a professional freelance musician, band leader, arranger, composer, audio-designer, and instructor. His self-published instructional book the “Tao of Improvisation” has recently sold just over 1,000 copies. Recently, the City of Calgary has recognized and listed Sheldon as one of the city’s preeminent artists on their official tourism website. 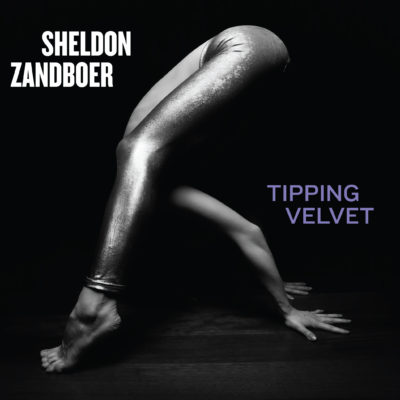