Music has always played a major part in the life of Johanna Sillanpaa. She is described as “a bluesy Erykah Badu with a marvelous voice that begins in the smoky lows of Norah Jones and effortlessly climbs into the powerful, confident ranges of Lisa Stansfield”. She has become quite well known in Western Canada as both a solo artist, and through her band ‘Sillan & Young’. Most recently, Johanna’s solo debut album ‘Good Life’ was nominated for a 2007 Western Canadian Music Award for Outstanding Urban Recording.

Johanna originally began singing as a young girl in her hometown of Boras, Sweden. As she grew up, fate brought her to Canada where she now makes her home. With hard work and talent, Johanna has developed a strong following throughout Canada. She carries with her a strong and sultry voice that mixes well with her introspective lyrics. Johanna’s music is a sophisticated sound, drawing from her influences in Jazz, R&B, Soul, and Nordic Groove. Johanna’s music reaches out to listeners in a very deep and profound way.

It may be rare to hear of talent who can write and perform in the tradition of the best contemporary musicians, but Johanna Sillanpaa is one of those rare gifted singer/songwriters. Her voice and stage presence command your attention. The album ‘Good Life’ is a sizzling indication of who Johanna is. Her passion for music is continuously bold and her dedication for her art is undeniable. 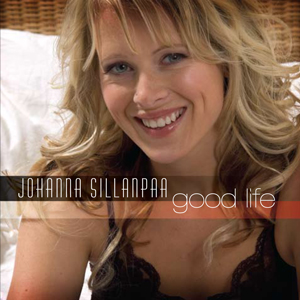