“A group of emerging talent to watch out for” -Christine Jensen

“It is impossible to miss the passion, the artistry in his work.” -The Morssiburg Leader

“I’m really impressed with this album… he has really come into his sound as a writer and a player” -David Ryshpan, CKUT

“Anyone interested in serious jazz has to catch the Ben Henriques quartet” -Julia Vyse, The Rover

For the last 15 years, Ben has explored the inspirational world of contemporary jazz. Originally from Vancouver, he attended McGill in Montreal and he quickly became a fixture in the Montreal jazz community. During that time he performed with many greats including Joe Lovano, Ben Monder, John Taylor, Kevin Dean and more. He completed his Master’s in Jazz Performance at McGill’s Schulich School of Music. In 2009, Ben released his debut album ‘The Responsibility Club.’ Ben is now living Vancouver, BC, and is teaching Jazz Sax and Flute at Vancouver Island University.

Ben Henriques has performed across Canada at venues including: 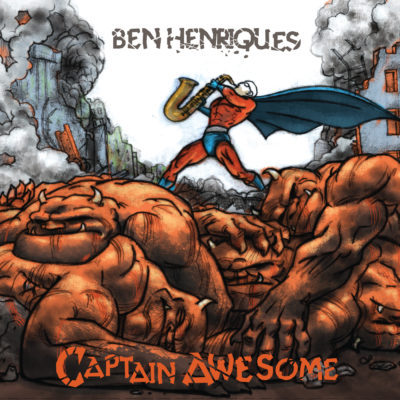